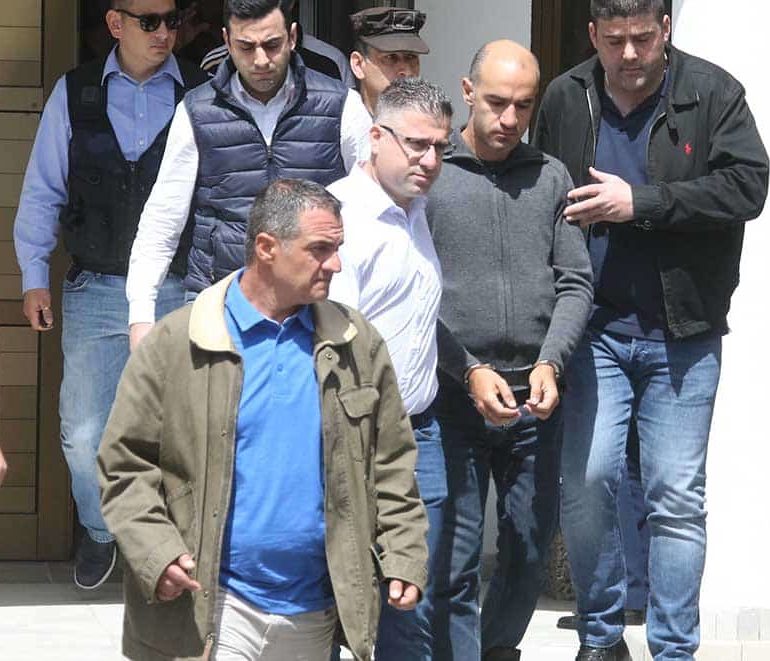 Nicos Metaxas, the suspect in a series of gruesome murders, reportedly told police he killed two young girls because he did want to leave any witnesses.

In a 10-page handwritten confession given to authorities last week, Metaxas admitted to the murder of seven persons, five adult women and two children aged 6 and 8.

Four of seven possible bodies have now been found.

Daily Politis reported on Monday that under questioning the suspect – who has yet to be formally charged – explained why he murdered the daughters of two of the women he has confessed to killing.

One of the children is six-year-old Sierra Graze Seucalliuc, daughter of Mary Rose Tiburcio, 39, whose body was the first to be found in the Mitsero mine shaft earlier in the month.

Metaxas reportedly told detectives he killed Sierra because he did not want to risk being seen by her when he was transferring her mother’s body to the mine shaft.

The other child in question is Elena Natalia, daughter of Livia Florentina Bunea, a Romanian national.

Metaxas said that Elena Natalia had seen him when he went to Bunea’s house.

“In case my crime was ever revealed, I didn’t want her [Elena Natalia] to be able to identify me and tell police who I was,” he allegedly told police.

The remains of Elena Natalia’s mother may be those retrieved from a suitcase at the bottom of the ‘red lake’ near the Mitsero mine on Sunday.

The suitcase contained the body of an adult woman in an advanced stage of decomposition. It was also packed with a cement block.