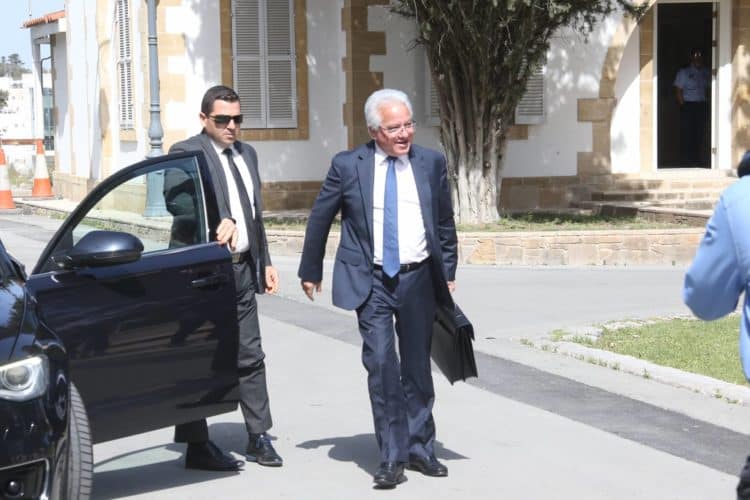 Justice Minister Ionas Nicolaou and police chief Zacharias Chrysostomou will brief President Nicos Anastasiades on the investigations into the Mitsero murders at a meeting at 10am on Thursday.

The meeting will focus on “what has been done, what was not done and what should be done” government spokesman Prodromos Prodromou told the Cyprus News Agency on Thursday morning.

“Once police investigations regarding the fate of the victims to whose murder the 35-year-old allegedly confessed have been completed, we will look at the issues from all perspectives and with regard to any responsibilities,” he said.

Prodromou added that more meetings on the subject may follow.

In a written statement issued on Wednesday, Justice Mininster Ionas Nicolaou said that he has taken his decisions regarding the recent murders that have rocked Cyprus and will be informing President Anastasiades of his decisions at the meeting.

However, he fell short of accepting any direct responsibility as to why the police botched the investigations when most of the five women and two of the women’s daughters were reported missing.

“The minister and the ministry had no authority, nor should they, regarding the way the police conducted their investigations,” he said.

Nicolaou has been under immense pressure by political parties to resign over the bungled investigations.